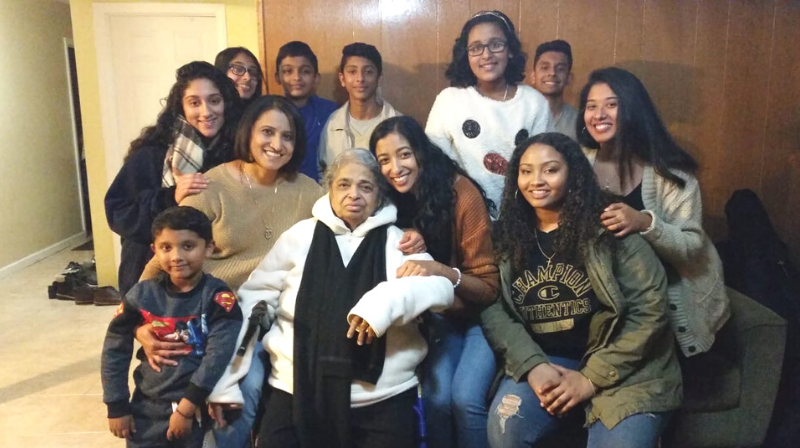 “You Took Her in When No One Else Would”

On April 10, when many families were planning holiday celebrations for Easter and Passover, Jaya Kusumalayam was searching for a hospital that would admit her mother, Mary Thomas, whom she suspected had COVID-19.

Kusumalayam had left her home  — and husband and her four children — in Suffern, to care for Thomas, who lived in Congers with Jaya’s sister and brother, who had both tested positive for the virus. When Thomas developed symptoms, Kusumalayam went to Home Depot. She bought gloves, disposable body suits, and a face shield, then moved in to help.

“She stopped walking. We couldn’t get her to move. She developed a fever. She was getting worse,” said Jaya.

Because her mother had several pre-existing health conditions, Jaya began calling area hospitals to see if they would take her. After her mother began vomiting, she called 911. She said she was told to continue her mother’s care at home. “I was worried she would become dehydrated. It was very upsetting.” What to do?

Jaya then phoned her sister-in-law, Rani George, who is a nurse at United Hebrew of New Rochelle. She expressed her concerns, telling her she was worried about her ability to care for mother at home. George told her supervisors. When the team at United Hebrew heard about the family’s struggle to find care for Thomas, they immediately offered to help.

“It’s our mission to care for those in need, and we were in a position to help,” said Rita Mabli, president and CEO at United Hebrew, which was under a New York State directive admitting COVID-positive individuals for care and recovery.

“Our COVID Treatment & Recovery unit was set up and dedicated staff were in place. There was no question that we were going to take her in,” Mabli explained.

The night before Easter, Jaya and her family arranged for an ambulance to bring her mother to United Hebrew. As she followed in her car behind the ambulance, Kusumalayam said she “felt hope.”

“I felt like everyone had given up on her, but we refused to. No one would take her in, but United Hebrew did when no one else would.”

Over the past five weeks, Thomas has inched closer to better health. She began eating and going to physical therapy. Her cough lessened. As she improved, the staff arranged for her to visit via FaceTime with all of her children, and some of her grandchildren, too.

“I’m one of 12 children, and there are 27 grandchildren, so that’s a lot of people,” Kusumalyam said.

“We truly appreciate the wonderful people who helped us during the height of the virus outbreak: The CNAs, the unit clerks and the rehabilitation therapists all worked so hard to help our mom get better. The administrators who helped admit our mother and helped us navigate insurance paperwork made things so much easier; the doctors who were so committed; the housing and food service staff, who are so dedicated. We would like to thank them all for their leadership and selfless service. All of their compassion has made a huge difference in our lives.”

Thomas has since recovered well enough to leave the COVID unit for further recovery on another skilled nursing unit at United Hebrew, and her eventual discharge from the facility is expected soon.

“And that is a joy to see,” says Mabli, who noted that United Hebrew is committed to supporting seniors and their families, even in these most challenging times.