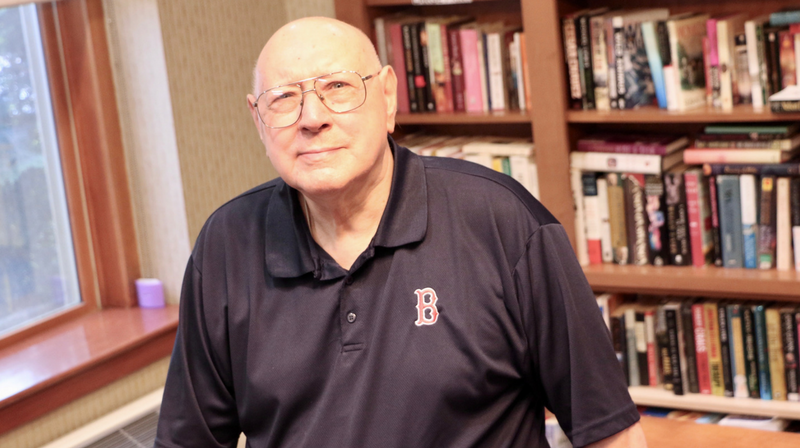 At Willow Towers Assisted Living, Seniors Go ‘Back to School’

By 2 p.m. most Monday afternoons, the lecture room is filled to capacity, with over 50 students gathered to hear the latest lecture by Albert Fields, a former professor at Westchester Community College. He provides the kind of fascinating information in his course “The Golden Age of Radio” that just packs people in. The talks are scheduled to run for just an hour, but discussion often spills over into the next hour, as students linger to talk to the professor.

“It’s a very intelligent group of people,” says Fields, who taught history at Westchester Community College for 12 years and before that, was a history teacher at New Rochelle Academy Country Day School for 20 years (the school has since closed). He earned bachelor’s and master’s degrees early in his academic career, and obtained his Ph.D in 1997. He’s also studied politics, film, and radio through Iona College’s “Learning in Retirement” Institute.

The class is one of the enriching activities for lifelong learning offered at Willow Towers Assisted Living, where Fields is a resident. The “students” are his fellow residents, who attend because they are intellectually curious and interested in the topic, according to Fields.

“We have former entrepreneurs, Harvard-trained lawyers, engineers, and more…Lunchtime here is like eating in the faculty lounge,” Fields says.

The lecture series is just one of the enriching activities offered at Willow Towers, according to Dr. Nora O’Brien, who serves as executive director, in addition to overseeing Willow Gardens Memory Care. Fields’ lectures complement the educational series known as “Willow Towers University,” which brings college faculty to the facility for sessions such as “A Short History of the City of New York,” taught by Patrick Hardiman, assistant professor at Iona College.

“Lifelong learning can help build social connections and ward off isolation, which keeps seniors healthy, and happy,” she says. “As we age, we may have fewer opportunities to connect with others, which can impact our mental and physical health. That’s why we offer our residents an array of cultural, recreational, physical, and intellectual programs to suit a variety of tastes.”

The staff at Willow Towers encourages its residents to suggest programs that may be of interest. Fields suggested radio, and 20th century history—and ended up teaching both. “The material resonates with seniors, because they grew up listening to the radio programs, and they experienced the historical events,” he says, recalling a spirited conversation with his fellow residents on the Kennedy-Nixon presidential debate of 1960.

It’s been engaging for Fields as well. Long retired from his position at Westchester Community College, he moved to Willow Towers in 2016. He attended a variety of the facility’s programs, and now, he’s helping to lead them. He’s already planning topics for his fall lectures, and has published an e-book (currently for sale on Amazon) for activity directors at senior living facilities to adapt his courses for their own use.

Check out the programs offered at Willow Towers here.