Menu
The Art Of Caring For Generations

Learn more about our century-old tradition of compassionate care in our special commemorative centennial book: “A Century to Celebrate: 1919 – 2019.”

1919 — The United Home for Aged Hebrews was founded by the Krakauer Charity and Aid Society, a group of charitable Austrian Jews, whose president, Solomon J. Manne, proposed sponsorship of a home for the aged. He served as the first president of the Home.

The house on Pelham Road became home to residents in 1921.

1929 — Ten years later, 51 elderly men and women in need were being cared for in a large two-story frame house surrounded by three park-like acres on Pelham Road in New Rochelle. 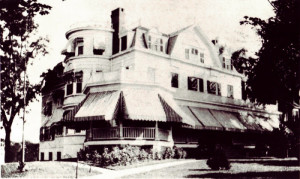 1934 — A three-story, red-brick addition to the original building was made possible by a generous contribution from Adolph Arber. The United Home was at that time the largest institution of its kind in Westchester County with 155 residents who, with the exception of married couples, slept in “well ventilated” dormitories.

1954 — Ground was broken for a $1.5 million building to replace the original house and 1934 wing. Construction was financed by charitable contributions, fund-raising activities and a minimum of State aid.

1957 — The Saul and Ada Gutner Pavilion opened, and the new 102-bed facility was hailed as “an entirely new concept in living for the elderly in need and the first major departure from the institutional atmosphere of the traditional old age home.” The building incorporated the newest architectural concepts with modern social thought. The T-shaped building had a unique saw-tooth design that—for the first time in any home for the aged—allowed each resident a completely private living-bedroom with double exposure. Two solaria per floor, a dining room, and large reception rooms offered ample space for group activities.

1965 — A $750,000, three-story wing was added to the 1957 building, increasing the Home’s capacity by 50 percent. The air-conditioned addition contained a roof patio, glassed-in rooms in the hospital area with oxygen and vacuum piped directly to each bed, and new laboratory and X-ray rooms.

1976 — The Lola and Saul Kramer Pavilion, a $5.25 million skilled-nursing facility, was built with the assistance of a mortgage loan from the New York State Medical Care Facilities Finance Agency. The four-story building brought the United Home to a 270-bed capacity. A beauty parlor, gift shop, tea room, medical suite, recreation therapy room, lounge, nursing and administrative offices were incorporated into this addition.

1980 — Low-Savin Residence (Soundview Apartments), a nine-story apartment building for independent seniors, opened its doors adjacent to the nursing home. Financed by the Federal Department of Housing and Urban Development, the Low Savin Residence’s 135 units were soon filled with a long waiting list. Sixteen of the units are outfitted for individuals with physical disabilities.

1983 — United Home launched a Long-Term Home Health Care Program. Known as the Lombardi Program—or nursing home without walls—the program reached out to care for the elderly, infirm and disabled in their own homes with nursing and support services.

1988 — The name United Hebrew Geriatric Center was adopted to reflect the array of senior care services the organization provided.

1996 — AZOR Licensed Home Health Care was launched, extending our award-winning services into the community to serve those who chose to stay in their own home.

2003 — The Beverly and Alfred J. Green Pavilion—Willow Towers Assisted Living—opened its doors. This spectacular addition to the United Hebrew Geriatric Center campus opened with 126 apartments and an array of amenities for supportive living. Winner of the National Association of Home Builders Platinum Achievement Award, the residence includes a two-story, glass-enclosed dining atrium, community rooms, a 24-hour café, and the Phoenix Memory Care Neighborhood, a secure, specialized unit for residents with Alzheimer’s and related disorders. Willow Towers is the first assisted residence in Westchester County to obtain triple licensure from New York State, allowing residents to live there as their healthcare needs become greater, without having to move to a skilled nursing facility.

2006 — UHGC holds a historic groundbreaking ceremony for a new nursing and rehabilitation center, the Lucile and Joseph Skalet Pavilion. The state-of–the-art, 143,000-square-foot facility propelled United Hebrew into the future with a new skilled nursing facility to better serve seniors in Westchester County. Along with the renovation of the Kramer Pavilion, this expansion reflected our dedication to caring for our seniors in a non-institutional, resident-centered way.

With the combined Kramer Pavilion and new Skalet Pavilion, United Hebrew is now a 296-bed state-of-the-art nursing and rehabilitation center.

2014– United Hebrew of New Rochelle Certified Home Health Agency was launched to provide skilled nursing and rehabilitation therapy services to those who choose to stay in their own home.

2019 — United Hebrew celebrated its Centennial! Now serving 1,000 seniors daily on our campus and in the greater Westchester community. 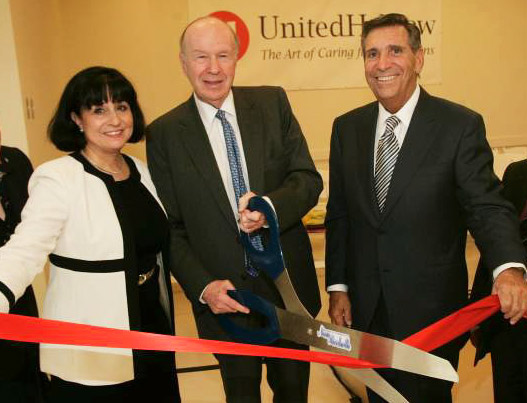 Send us a message below