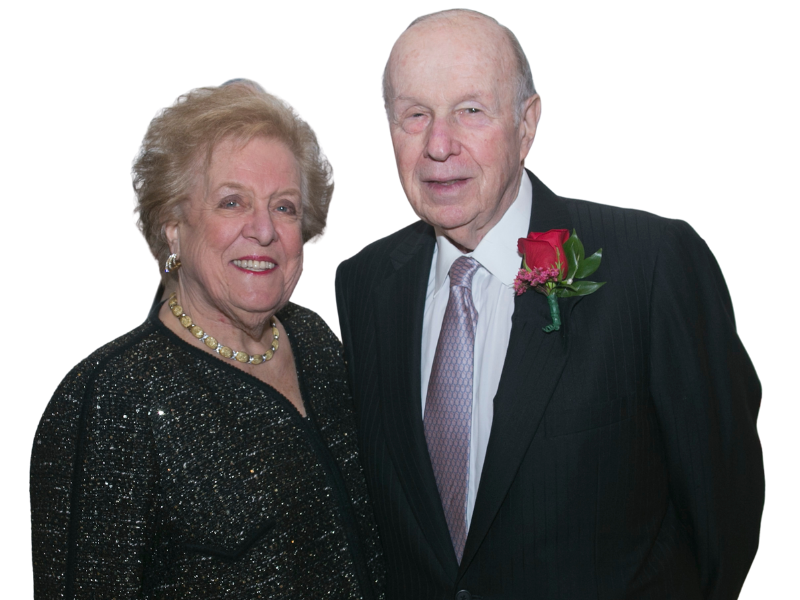 We are pleased to announce announce a major gift from Malcolm H. Lazarus, and his wife, Patricia Lazarus, in support of memory care on United Hebrew’s senior care campus in New Rochelle. The gift will endow Willow Gardens, Westchester’s first assisted living residence dedicated exclusively to Alzheimer’s and dementia care. In gratitude, the facility will now be known as Willow Gardens – The Patricia and Malcolm H. Lazarus Pavilion.

The Lazarus couple are long-time supporters of United Hebrew. For nearly 40 years, Malcolm Lazarus served as a volunteer and officer of the United Hebrew of New Rochelle Board of Directors. His leadership and family’s support have been instrumental in shaping United Hebrew into the organization that it is today, according to Rita Mabli, President & CEO.

“Mal and Patricia care deeply about providing a high quality of life for the elderly. Their extraordinary gift exemplifies their longstanding, visionary commitment to superior care for seniors across the region,” she said.

With the couple’s support over the years, United Hebrew has been transformed from its modest beginnings as a home for the aged to a full continuum of care offering a broad array of services including long-term skilled nursing, short-term rehab, assisted living, memory care, senior housing, and home health care.

“The Lazarus’ family commitment to United Hebrew has ensured that we have a rock-solid foundation to build upon,” adds Ms. Mabli. “Their investment makes certain that we will be able to care for some of our most vulnerable citizens for generations to come.”

Mr. and Mrs. Lazarus have been married for over 55 years. Residents of Scarsdale, the couple has three sons, Steven, David, and Andy, and seven grandchildren.