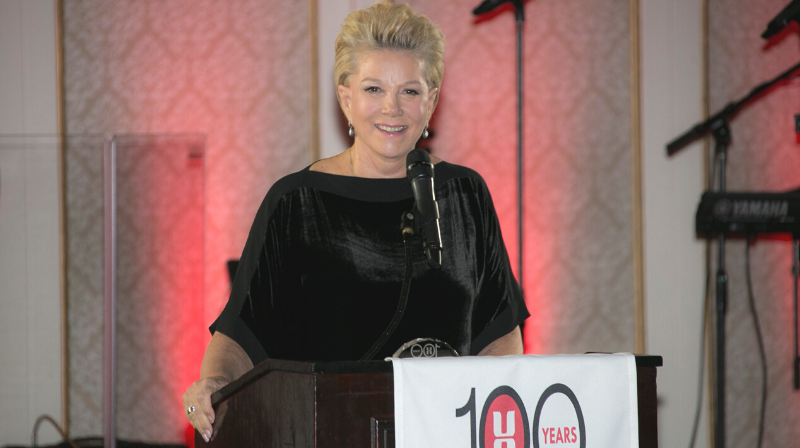 After Joan Lunden’s brother Jeff died in 2007 of complications from Type II diabetes, she was faced with planning a new life for Gladyce, her 88-year-old mother, who had been living with Jeff. Overcome with grief, Lunden found herself simultaneously planning her brother’s funeral while searching for a home for her mother, who suffered from failing health after a series of mini-strokes.

“I was looking for my mom’s social security card, passport, and Medicare card, and driving around visiting senior care facilities, feeling overwhelmed. I remember thinking, it shouldn’t be this hard,” Lunden said.

Lunden moved her mother into a private apartment in a beautiful new senior living community. It turned out to be the wrong fit for her mother, who was showing increasing signs of dementia. When her mother began suffering from “sundowning,” a period late in the day when individuals with dementia become confused and agitated, Lunden knew she had to make a change.

Don’t wait for a crisis to hit

The biggest challenge? Navigating the levels of senior housing.“Who knew there were so many levels! Independent living, assisted living, skilled nursing, and dementia care,” she recounted. “I needed to select a facility that offered the level of care my mother needed.” At the same time, Lunden was caring for her own children — two sets of teenaged twins, and three older daughters from her first marriage. Thus initiated, she quickly became a member of the Sandwich Generation.

After immersing herself in the world of senior care, Lunden eventually found the right community for her mother, who lived with 24-hour care until her death in 2013. The experience taught Lunden important lessons about caregiving, she says.

“You think you know what’s best for your parents but a crisis hits and you don’t know as much as you thought you did,” she said. “My advice? Start the conversation early. Don’t wait for a crisis to hit.”

Caregivers experience some of the same emotions felt by those who are aging, noted Lunden: confusion, bewilderment, denial, and despair. She said it was reassuring to know that compassionate senior care professionals like those employed by United Hebrew actually existed.

“United Hebrew is a role model of senior care. It’s so comforting to know you all are here and part of such a noble mission. Your nurses are the real unsung heroes! Thank you for all that you do.”

Joan Lunden speaks all over the country about caregiving, healthy aging, and success. Her next book, “Why Did I Come Into This Room; a candid conversation about aging,” will hit stands in March 2020.