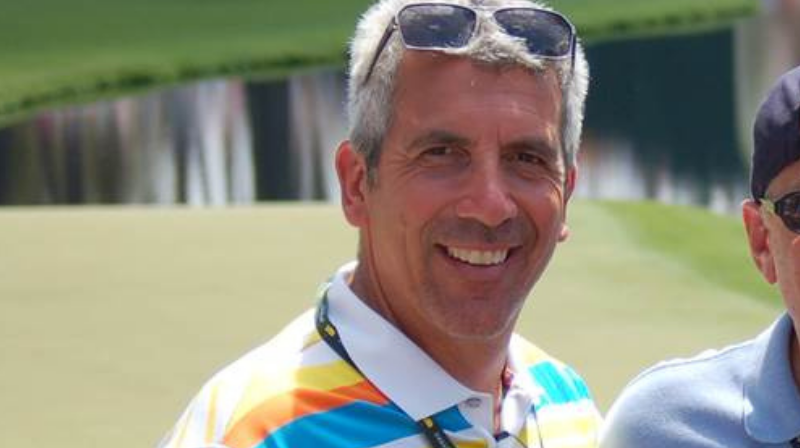 Golf Tournament Chair Reflects on His Involvement with United Hebrew

When Tony Nardozzi was 14 years old, he worked during his summer vacations for a neighbor who was a landscaper. He was dropped off at United Hebrew’s nursing home on Pelham Road every Wednesday, with a lawnmower and a five-gallon can of gas. During that summer and for the next two years, he met residents and staff while he maintained the home’s green spaces for all to enjoy.

Flash forward 25 years to the year 1997, when Nardozzi was invited to play in United Hebrew’s annual golf tournament at Quaker Ridge Country Club. Now, with adult eyes, he began thinking about United Hebrew a little differently. First, he was impressed by the organization and how it served people, but he also noticed how well-run the tournament was and enjoyed himself tremendously. After participating the next three years, he was invited by Peter Lane, then president of United Hebrew’s board of directors, to chair the outing. Nardozzi graciously accepted and has continued to serve as chair for the past 20 years.

“You might say I’m back to maintaining the greens,” says Nardozzi, recalling his job from years before.

However, his involvement has led to much more than maintenance. Under Nardozzi’s stewardship, the event has raised over $2.5 million for the care of United Hebrew’s seniors. Funds are used for enriching activities, therapies, and programs that foster a meaningful lifestyle for residents across the entire campus.

“Simply put, our golf tournament has flourished and become a signature fundraising event for us because of Tony’s involvement,” says Rita Mabli, president and CEO. “His leadership has been the driving force behind its success.”

Because of his dedication and commitment, this year United Hebrew will be recognizing Nardozzi with special honors at the tournament, the organization’s 35th annual event.

“I’m honored to accept, but I have received as much as I have given from my participation. It’s been so rewarding to see the fruits of our work go directly toward the care of our most vulnerable residents,” he says.

One of those residents was Nardozzi’s father. After his mother passed away in 1996, his father, Anthony Nardozzi, Sr., spent a lot of time alone, and his health declined. He moved into United Hebrew’s skilled nursing facility in 2010. Socialization improved his health dramatically, according to Nardozzi, Jr.

“My dad loved the staff and made great friends there,” he says. “He played bingo and enjoyed many activities. Every Saturday, I took him and two of his friends from the nursing home out to lunch, and we often had them with us for family gatherings. The staff became part of his family, and his friends became part of ours. It was really wonderful.”

It didn’t take long for Nardozzi’s involvement expand. He saw how instrumental the Burke Rehabilitation-trained therapists were to his father’s health and well-being and helped to fund a major renovation of the rehabilitation center in 2012. He joined the board of directors of United Hebrew’s Willow Towers Assisted Living and Meadow Lane Senior Apartments. When Willow Gardens Memory Care was built on the campus in 2016, he applied his career experience and expertise in general contracting and construction toward the development of the project.

Though his father passed away in 2018, he has stayed actively involved. He’s helping to guide the current expansion of United Hebrew’s groundbreaking memory care facility, continues his board involvement, and is an active member of the fundraising committee for the nursing home.

“Over the years, I came to know the staff through a variety of settings,” he explains. “You see what kind of people they are – so caring, and dedicated to their nonprofit mission. This organization is about providing kind and expert care and ensuring dignity, respect, and a high quality of life for older adults and elderly. I enjoy supporting a local organization where I can see my impact.”

Nardozzi marvels over how the campus has changed over the years — from one nursing home to a campus with five buildings and seven lines of business. He says he feels proud of being a part of its growth and expanded service to seniors in the region.

“I’ve been a part of this place for over 50 years. For seniors who need care at home, or who need a place to live with supportive care, it’s simply the best of what Westchester has to offer.”

For her part, Mabli says Nardozzi’s support has supported and strengthened the organization over the years. “Tony’s generosity and leadership have helped us to expand and grow into a leading senior care organization. He’s a long-time supporter and a treasured friend. We look forward to honoring him in September.”

To register for this year’s golf tournament, click here.