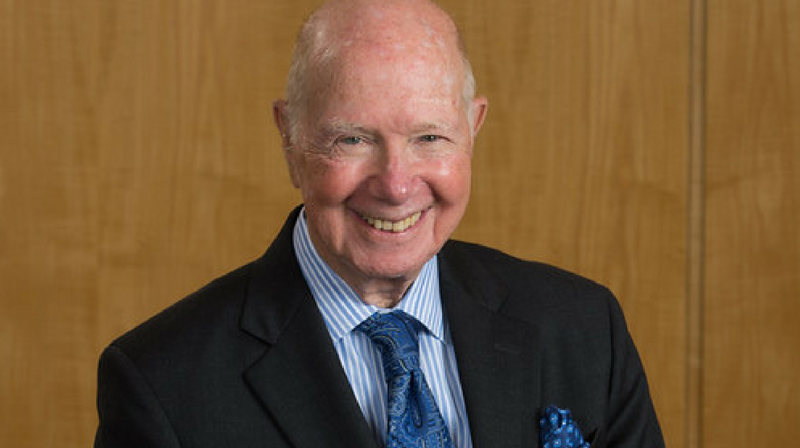 A Conversation with Elihu Rose: Jewish American Soldiers in WWII

When we consider the Jewish experience in World War II, the Jews as victims of persecution and their slaughter loom heavily as subject matter. However, in recent years, and through intensive historical research, a more complex picture has emerged.

There were insurrections against the Nazi dictatorship, vibrant connections with the Polish underground, and acts of heroism that only recently have surfaced. In the United States, the narrative is equally complex, with debates on the then-refugee crisis and American intervention.

On Wednesday, June 20, United Hebrew of New Rochelle will present “A Conversation with Elihu Rose,” a discussion of the unique experiences of Jewish-American soldiers in World War II. Rose, a noted teacher and lecturer, who earned a PhD in International Relations in 1978 and became an Adjunct Associate Professor of military history at New York University in 1983, has long been interested in military history. He was recently interviewed for the documentary film, “GI Jews: Jewish Americans in World War II,” which will be screened for residents at United Hebrew’s Willow Towers Assisted Living facility prior to this event, which begins at 3 p.m. at Willow Towers, 355 Pelham Road in New Rochelle. A cocktail reception follows. The conversation will be moderated by Patrick Hardiman, a retired partner from Deloitte & Touche, and current assistant professor of accounting at Iona College.

According to Rose, nearly half of all Jewish men old enough served and approximately 550,000 Jewish men and women in total served in all branches of the American Military in WWII. While enduring Anti-Semitism from their fellow soldiers, many of whom had never met someone Jewish, nearly 50,000 took risks on the battlefield that led to decoration for bravery, including three Congressional Medals of honor. After the war, many American Jews continued the fight against racism and bigotry at home.

Of special interest is the participation of Willow Towers’ World War II veterans (40 are in residence). They’ll have the opportunity to ask questions of Rose, who will engage in conversation and encourage reflection on their own wartime experiences.

“It’s a wonderful opportunity for the community to come and hear from one of the premier scholars in the field,” says Rita Mabli, president and CEO, United Hebrew. “What’s more, everyone in attendance will have the opportunity to learn about the experience of Jews in the military who were fighting against racism and bigotry—a fight that continues to be important and relevant today.”

The conversation will be facilitated by Patrick Hardiman, a retired partner from Deloitte & Touche, and current assistant professor of accounting at Iona College. Hardiman, passionate about war history, is also a speaker in United Hebrew’s “Willow Towers University,” an educational series that brings college faculty to the facility for enriching lectures for residents.

“The event will be memorable for United Hebrew’s veteran and non-veteran residents, as well as any community members who attend,” says Hardiman. “Our veterans will be able to look in a new way at their wartime experiences, which are among the most memorable of their lives. Rose’s vast knowledge will help us all expand upon our understanding of Jews on the front lines.”

Rose graduated from Yale University in in 1954, after which he served in the U.S. Air Force for two years. Since 1956, he has been a Partner of Rose Associates, a real-estate investment and management firm that builds, owns, and manages residential and commercial properties in the metropolitan New York Area.

He received his MA in 1969 and his PhD in International Relations in 1978, both from New York University. He served as an officer in the Air Force Reserve until 1965, when he resigned as a Captain. In 1993 the US Navy awarded him the Superior Public Service Medal. He received the Outstanding Civilian Service Medal from the US Army in 2004.

Prof. Rose serves on several institutional Boards of Directors, including WNET Channel 13, the Lincoln Center Theater, the International Center of Photography and the National Museum of American History of the Smithsonian Institution. He is a Fellow of the American Academy of Arts and Sciences. Prof. Rose resides in Manhattan, is married to the former Susan Wechsler and is the father of three daughters.