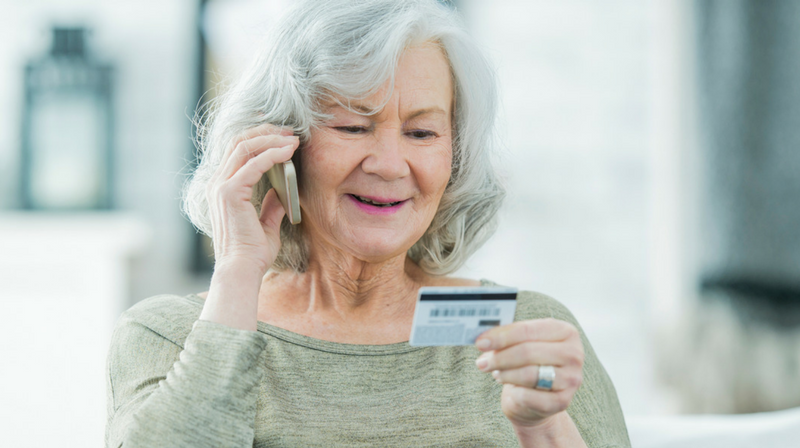 An elderly woman in New Rochelle was approached recently at supermarket near her home by two friendly individuals. They struck up a conversation with her as she loaded her groceries into her cart, and told her they had found money that they wanted to share with her. They showed her the envelope full of cash, and said in order to split the money, they would require a small deposit from her. They offered her a ride to her bank in their car. She got in. After questioning the woman about her personal finances, the pair told her they were no longer interested in splitting their money. They refused to drive her back to her car, and dropped her off in Scarsdale, far from her home.

Sound far-fetched? Not according to Michael Frenza, a former police officer and detective for the New Rochelle Police Department, and now director of security at United Hebrew of New Rochelle. He should know; he spent over 20 years on the force and specialized in property theft.

“Scammers like this are all too common, unfortunately,” says Frenza. “They prey upon seniors, who may appear physically vulnerable, take time to listen, and react with a polite or trusting manner.” Now that the weather is warming, Frenza says senior scam activity will pick up. “We’ll see more of this predatory behavior, especially near shopping centers and banks. Seniors should be on high alert,” he says.

According to a recent study by True Link Financial, seniors nationwide lose $36.48 billion per year to elder financial abuse. Here’s how to avoid the most common senior scams:

“The Internal Revenue Service is calling”: Callers claiming to be IRS employees will tell you that you owe back taxes or are due a tax refund. In order to avoid arrest (or claim your refund) the fake IRS employee will ask for personal and financial information such as date of birth, social security numbers, and bank account numbers. The callers may be very sophisticated and even provide fake names and employee identification numbers.

“Get your new Medicare card—for a fee”: As of April 1, 2018, Medicare is replacing all current member identification cards with a new format in order to reduce identity theft and fraud. The new cards are free and no action is necessary in order to receive your new card. Scammers claiming to be Medicare employees are calling seniors to say they’ll need to purchase a new ID card.

“Donate to our (xxxx) charity or “Help our long-lost relative”: Beware the caller who sounds like your grandson and says he is in trouble and needs money. Or the charity that claims to collect money for fallen firefighters, veterans, or police officers. Some scammers even set up websites about a current news event or natural disaster and claim to be collecting funds for victims.

How to Avoid Scams Targeting Seniors

What’s the first thing older adults who suspect a senior scam should do?

“Call your local police department,” says Frenza. “They can generate a police report, and help you with the next steps.”

As part of his work with seniors at United Hebrew, Frenza will often sit in on the interview or call between the resident and the police department. “Some may find calling the police intimidating, and I’m happy to be the familiar face and facilitator.”

For those who want to or are able to take action on their own, Frenza recommends the following:

It’s imperative for seniors to know about the scams, but even more important to learn how to prevent them, notes Frenza. “It’s easier to avoid the trouble than to undo the long-term damage scams can cause.”