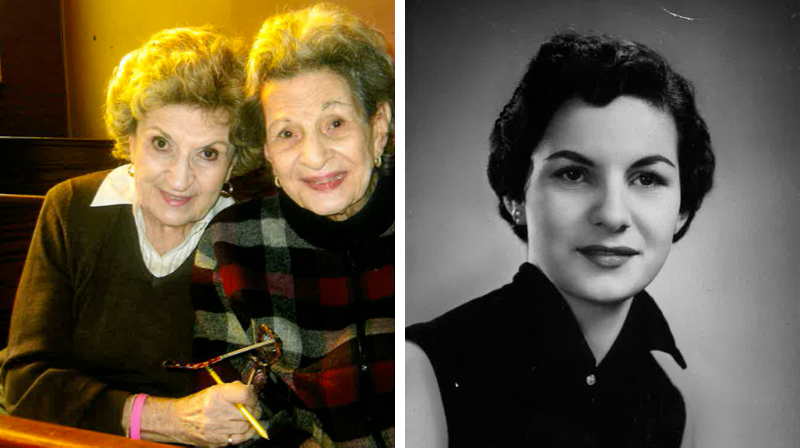 A Smooth Transition to Memory Care for a Sister with Dementia

Until recently, Sappho Papaioannou managed her dementia symptoms with medication and support from her twin sister, Helen Hiotakis. They lived together in an apartment building in New Rochelle. Every day, Sappho went for a walk and retrieved the mail. Every week, she played piano and sang in her church choir.

One day last February, she mentioned to Helen that she didn’t feel well “in her head.” She said she was confused. “I found her condition had worsened,” Helen said. “After seeing her neurologist, we learned her dementia wouldn’t get any better. That’s when I knew she needed more support.”

Then COVID-19 hit and Sappho had to be hospitalized when she contracted the disease. The question soon became at which skilled nursing home could she recover. Helen quickly made arrangements for her sister to transfer to a local facility when she was well enough, meanwhile searching for long-term options. But she wasn’t sure what type of care her sister would need.

That’s when she found out about memory care at Willow Gardens at United Hebrew of New Rochelle.

“I knew Sappho needed around the clock support but not necessarily nursing care. I learned that Willow Gardens provided assisted living memory care, which meant she would receive medical care and social support in a secure environment. I knew that was what my sister needed,” said Helen. She hastened to arrange her care.

What Helen wanted most of all for her sister was to know she was well cared for. The sisters enjoyed a close bond. Now she says she can’t imagine a better place for her than Willow Gardens.

“Before I moved Sappho in, the staff said they were going to try to help my sister live a good life — an active life — so she wouldn’t fade away. The nursing staff spent a tremendous amount of time speaking with me to learn as much as they could about us. They wanted to know about her younger years, her career, our family, how she lived.”

Helen described their lively childhood, during which music and art were a vital part of their 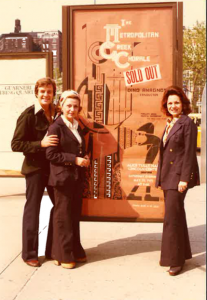 upbringing. Their parents owned and operated two old-fashioned ice-cream parlors: The Beehive in Mount Vernon, and The Boston Spa in New Rochelle. Sappho had attended the Juilliard School of Music in New York City, and later was graduated from the David Mannes School of Music, while Helen went on to earn degrees in the fine arts from Parsons School of Design and New York University. After a brief period of living with her husband in Greece, where she taught piano lessons, Sappho settled in New Rochelle. Helen visited on weekends, traveling from her apartment on East 23rd Street in New York City, to attend their Greek Orthodox church and sing with Sappho in the choir. The two sisters also sang in the Metropolitan Greek Chorale and performed throughout the tri-state area for years.

“Learning about Sappho’s life has helped the staff get to know her and understand how to meet her needs,” says Helen. Knowing how important music was to Sappho, the staff arranged for her to use the piano at Willow Gardens. Now, Sappho plays each week, while one of the staff recreational therapists sings along. She also enjoys spending time in the secure courtyard garden, where musical entertainers have performed socially-distanced summer concerts.

Helen speaks to her sister on the phone. She receives frequent phone calls from staff who report on how well her sister has transitioned. She says she’s been very pleased with the caregivers, who are specially trained to understand the challenges people diagnosed with dementia face.

“What I learned is that they not only care about their residents, they care about their families,” Helen says. “They do so much to accommodate me as well. Moving Sappho was a difficult decision. We worked together, we traveled all over the world — and across the country, twice. We had wonderful friends and a wonderful church family. But I knew her dementia wouldn’t get better. And I am so comfortable with her at Willow Gardens, where they are truly interested in her and they are very caring. They love her as I do.”