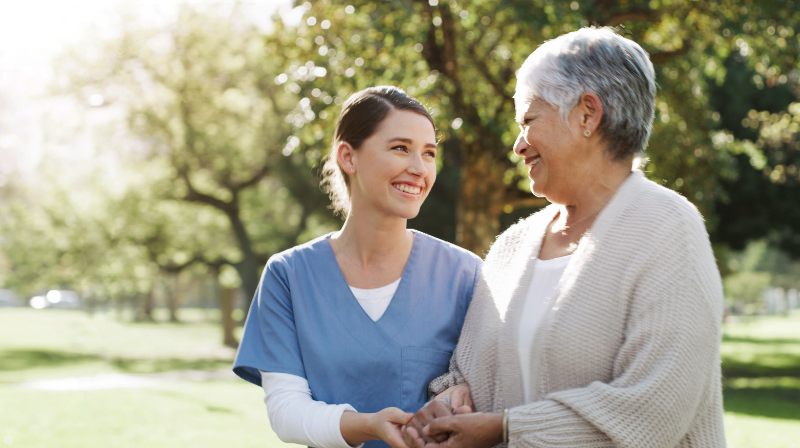 The word “dementia” is often used in common parlance as a catchall for a range of behaviors, including forgetfulness, in elderly people. But an elderly person who occasionally forgets to take her medication or who can’t remember where she left her purse does not necessarily have dementia.

As with other health-related words that find their way into the popular lexicon, “dementia” has been both overused and misused to the point that its true meaning has been diluted and its significance, unfortunately, diminished. Yet nearly 55 million people live with dementia worldwide, including about 9 million in the United States – and those numbers are expected to grow.

“Most of us know someone who has dementia or whose loved one has dementia,” says Nora O’Brien, executive director of United Hebrew’s Willow Gardens Memory Care. “But despite its prevalence, many people still don’t understand exactly what dementia is and misconceptions about it persist.”

Simply put: Dementia is something that everyone should know about. One way to increase awareness and understanding about dementia is to dispel some of the misinformed notions and outmoded stereotypes associated with it.

1. Dementia is a disease
Dementia is not a disease in and of itself, but rather an umbrella term for an aggregate of symptoms, usually progressive – meaning that they increase in severity over time – that are related to various levels and types of impaired cognitive function. Dementia impairs thinking, memory, comprehension, reasoning, judgement, language, and more.

2. Dementia Is a natural part of aging
Not so! While it’s true that dementia most often develops in people over 65 and chances of developing dementia increase with advanced age, dementia is not a natural part of aging. Age-related forgetfulness is perfectly normal; dementia is not. As we age, we may find that it takes a little longer to learn new things or we may misplace our keys or glasses more often than we used to. But dementia is different. For instance, momentarily forgetting what day it is once in a while is common as we get older, but a person with dementia may forget what season it is. An older person may have difficulty driving to a new location; a person with dementia might get lost in familiar surroundings.

3. Dementia and Alzheimer’s disease are the same thing

Though “Alzheimer’s” and “dementia” are often used interchangeably, Alzheimer’s is actually one of several forms of dementia. Though Alzheimer’s accounts for up to 80 percent of all cases of dementia, O’Brien says it’s important to differentiate between Alzheimer’s and other forms of dementia because some dementias may manifest differently and have different symptoms. “That is why it’s crucial to have a care team in place who knows how to recognize the differences and provide the right treatment,” says O’Brien. “And a good memory care community will be staffed with such a team.”

4. There’s no treatment that can help people with dementia

While there is currently no cure for dementia, there are a number of therapeutic treatments and some medications that can relieve certain symptoms and improve and enhance the quality of life for people living with dementia. “Many activities, such as playing or listening to music, creating art, working on puzzles, and other individual or group activities can help keep people with dementia engaged, which is important,” says O’Brien. “Participating in activities, trying new things, and interacting with others can also help with agitation, depression, loneliness, and other symptoms.”

“This is one of the biggest misconceptions about dementia,” says O’Brien. “While living with dementia can certainly be challenging, it doesn’t mean that your life is over or that you will no longer experience delight, fear, sadness or joy.” On the contrary, with the right care and in a safe and soothing environment, people with dementia can live contently and have many joyful moments. “At Willow Gardens, we get to know our residents, not just their conditions and their medication regimens,” says O’Brien. “We ask about their interests and talents, their likes and dislikes. Do they enjoy art? Music? If they played an instrument in the past, they can continue to play. Our environment is designed to instill our residents with a sense of comfort and purpose.”